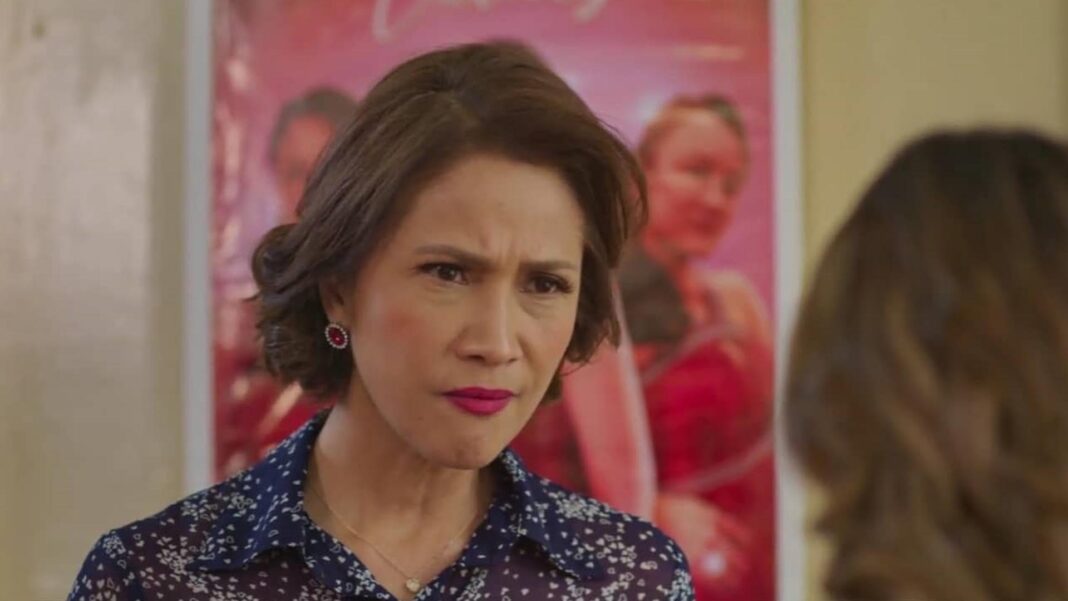 Viola’s (Agot Isidro) deep-seated anger towards Lyric (Andrea Brillantes) has reached another level as she terrorized her about her mother’s so-called illicit affair in the iWantTFC original musical series “Lyric and Beat,” which is down to its last three episodes.

After making an effort to get to know more about her mom, Isay, who passed away when Lyric was young, Lyric was instead left heartbroken as Viola insisted that Isay is a home-wrecker who had a child with Peter (Jett Pangan), Viola’s current husband and former manager of the famous Trio Gen Divas group, which Viola and Isay were a part of.

What Lyric does not know is that Viola is actually lying since she is really the one who had an affair with Peter while he was still in a relationship with Isay. Now, Lyric has to accept the fact that Peter is her real father and that Jazz (Darren Espanto) and Melissa (Sheena Belarmino), members of her group’s rival choir, are her half-siblings.

Lyric will also have to quickly overcome her problems, especially since the much-awaited sing and dance showdown between her Team Werpa and the Prime Belters is fast approaching.

Will Lyric be able to compose herself and rejoin Team Werpa to outshine the Prime Belters?