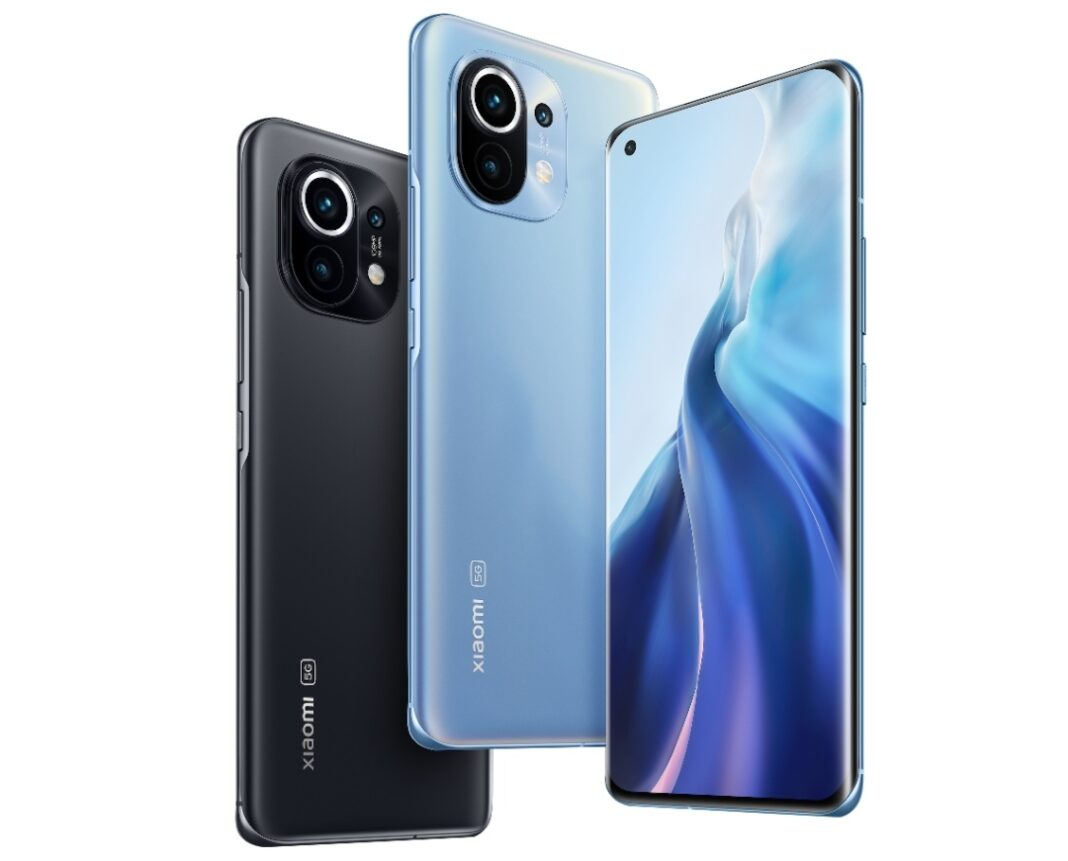 The ultimate pocket-sized movie studio, Mi 11 turns any novice photo and video enthusiast into a film director with its triple rear camera setup. Boasting the world’s highest resolution 108MP wide-angle camera sensor for its primary shooter, Mi 11 captures crystal-clear images with dazzling detail comparable only to that of professional-grade DSLR or mirrorless cameras. A 13MP ultra-wide angle camera and 5MP telemacro lens round out the rear camera setup, offering impressive landscape and detail shots with brilliant bokeh. On the front, a 20MP punch-hole front camera minimizes bezels on the homescreen while still ensuring users look their best when snapping a selfie or video chatting with friends.

Building on Xiaomi’s existing technology, Mi 11 touts remarkable new features for photography and videography. Improved night mode capabilities offer photo night mode on not one, not two, but three of its cameras: primary, ultra-wide, and front. Mi 11’s cutting-edge video night mode technology completely redefines industry standards with its RAW-level noise reduction for brighter night shooting. Six one-click AI cinema features make artsy shooting a breeze, from Parallel World – which duplicates and inverts your scene to give the appearance of a mirrored world – to Freeze Frame Video – which freezes and clones video frames to create the illusion that parts of your video are frozen in time. Real film buffs will appreciate the Magic Zoom mode, creating an illusion of the camera simultaneously zooming in and out of the scene, a trick originally popularized through thriller films. 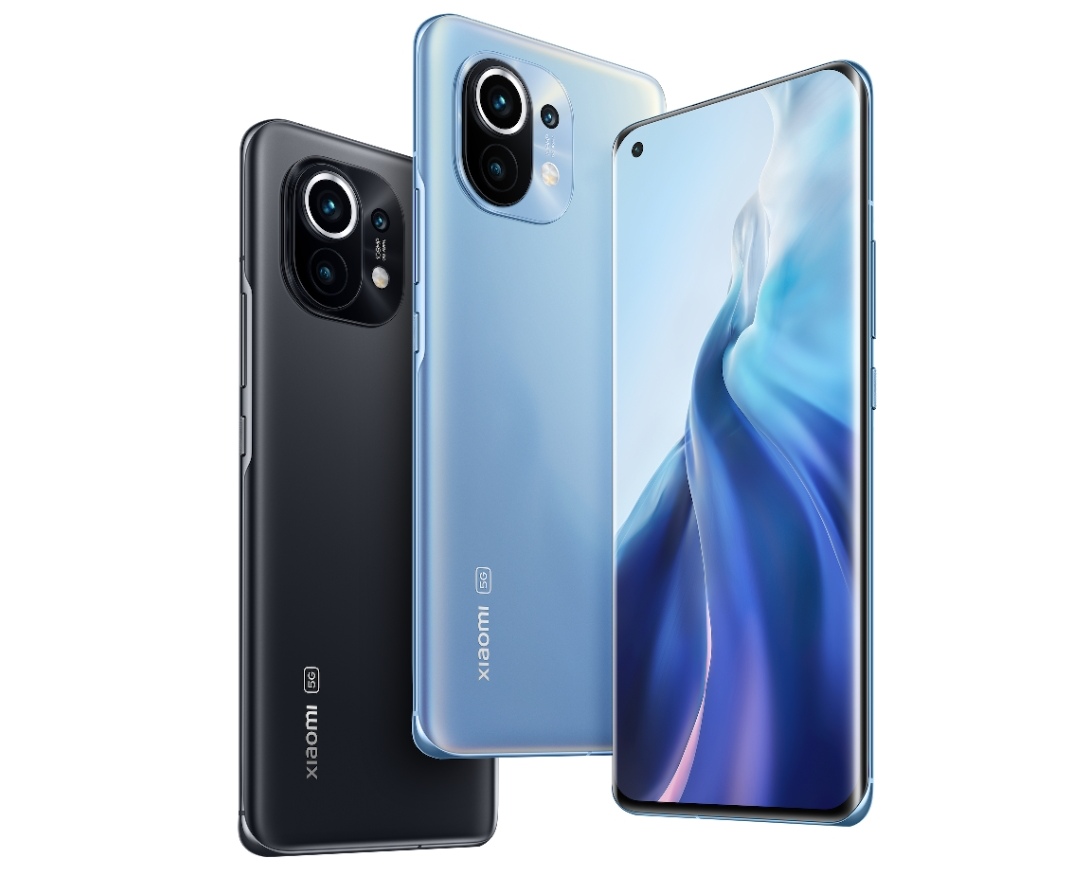 Shaking up industry standards even further, Mi 11 now offers studio-level shooting control with its HDR10+ recording and new Pro Time-lapse mode, capable of adjusting shutter speed, ISO, aperture and EV to handle even the most challenging lighting situations. Studio-level control also extends to editing with advanced AI features, including AI Erase 2.0 which allows users to remove unwanted objects or lines from images with one simple click.

See and hear every detail with striking 120Hz 6.81’’ AMOLED DotDisplay and SOUND BY Harman Kardon

Mi 11 offers one of the best screens on the market that has received an A+ rating as well as a best display award from DisplayMate, the world’s leading professional display review institution. Featuring a premium 120Hz 6.81” AMOLED DotDisplay, Mi 11 is as impressive to look at as it is to use. Xiaomi’s most advanced display shines with its WQHD+ ultra-high resolution, and 10-bit color technology, allowing for breathtaking clarity and smooth color transitions. Simplicity meets convenience with its Super Resolution technology, which upgrades low resolution videos to WQHD+ quality without the worry of increased data consumption.

Boasting a 480Hz touch sampling rate and in-screen fingerprint sensor, Mi 11 allows users to smoothly and swiftly unlock their device without intrusive notches or bezels blocking the display. Along with its sleek lightweight body and timeless look, Mi 11 offers a comfortable swiping experience and in-hand feel with its quad-curved smooth edges and rear glass finishing.

Stay one step ahead with the world’s most advanced performance

Featuring cutting-edge 5nm process technology, Mi 11 is faster, more powerful and more efficient than its predecessor. The device not only supports 2K/120fps/HDR gaming, but also sports an octa-core design, and ultra-large core Arm Cortex-X1 which ramps up performance dramatically. All that while its 3,200MHz LPDDR5 ensures incredible data transfer speed that has increased from 5,500Mbps to 6,400Mbps.

Equipped with the latest LiquidCool heat dissipation system, the device effortlessly deals with extreme gaming and other high-capacity operations while staying cool. At the same time, its 4600mAh (typ), the staggering triple combination of 55W wired, 50W wireless and 10W reverse charging3 and the compact but powerful 55W GaN charger included in the box, ensure that Mi 11 stays powered up for any adventure life throws your way.

Xiaomi has also prepared a big surprise to all the gaming fans out there. The launch of Mi 11 marks the start of Xiaomi’s collaboration with the most popular mobile game of the year 2020, Genshin Impact. Mi 11 offers great Genshin performance, and beginning with Mi 11, Xiaomi will be working with the game producer MiHoYo to offer users a better and smoother gaming experience through deep strategic collaboration. Stay tuned for more details!

MIUI 12.5 is an intermediate update based on MIUI 12 with a strong focus on system optimizations. After a complete revamp of the system UI, its CPU usage was reduced by up to 22% while power consumption – by up to 15%, ensuring frictionless performance and graphics.

This is most visible in screen gestures that will now be smoother than ever. In previous systems, gestures and other tasks were rendered on a single thread resulting in a queue of tasks competing for CPU usage. Naturally, under this scenario an overload of tasks could cause lags. However, in MIUI 12.5, gestures received a dedicated thread, making sure that no other tasks will interfere with them, and guaranteeing instant response.

Another highlight of MIUI 12.5 is uninstallable system apps. The vast majority of apps in the new system can be uninstalled, while a small number of apps that are engraved in the system core can be hidden.

The first batch of devices will start receiving the MIUI 12.5 update in Q2, 2021, it will include: Mi 10T,Mi 10T Pro, Mi 10, Mi 10 Pro, Mi 11. The second wave will include 11 more Xiaomi devices. The release schedule for other devices will be gradually published on MIUI.com.

Mi 11 comes in two storage variants: 8GB+128GB and 8GB+256GB with enhanced LPDDR5 3200MHz RAM + UFS 3.1 storage. Mi 11 will be available for purchase via Xiaomi’s official sales channels as early as February. Local availability and pricing will be announced soon.