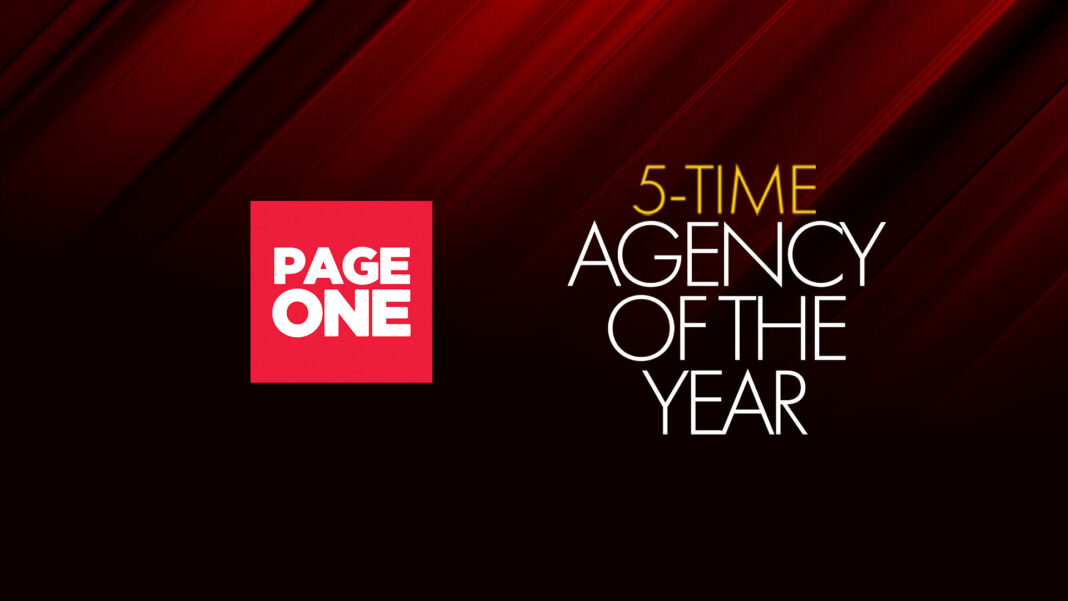 PAGEONE Group wins a total of 26 metals – 2 PR tools awards and 24 PR programs awards combining for a total of 28 points, besting other PR agencies for the coveted Agency of the Year (AOY) Award at the recently concluded 56th Anvil Awards. The Agency of the Year (AOY) award is given to a public relations agency that garners the most number of accumulated points based on the value of each Anvil trophy received.

These awards include sustaining campaigns of the group as well as campaigns implemented by the group in collaboration with its clients.

This feat marks the fifth consecutive AOY recognition of the group. Apart from being named as the Agency of the Year, two (2) of PAGEONE Group’s entries have been nominated as finalists for the coveted Grand Anvil Award – the highest award for a PR Program campaign.

Humbled by the recognition, PAGEONE Chief Operating Officer (COO), Vonj Tingson dedicated the achievement to the group’s partners, clients, and media friends who helped the group win 5 out 6 AOY award given by PRSP along with other major awards such as 4 Grand Anvil Awards and 3 Platinum Anvil Awards. Tingson also vowed to continue crafting campaigns that will positively impact the society and promote social good.

“We would like to congratulate everyone for doing a fantastic job in implementing PR campaigns that promote integrity and social good, especially during these difficult times. This feat wouldn’t be possible without the support and trust of our partners, clients, and media friends. We dedicate this achievement to each and every one of you.” Tingson said.

“This remarkable achievement motivates us to continue to craft and implement campaigns and initiative that promote social good and positive impact to the society.” Tingson added.

Due to the pandemic, the Public Relations Society of the Philippines (PRSP) held the Anvil Gabi ng Parangal through an online conference for the first time. Out of the 534 entries, only 142 won. Each entry has been judged by 5 PR and communication experts with entries garnering a score of 85 to 90 received silver anvils while entries with a score of 91 to 100 bagged gold Anvils.

PAGEONE Group is comprised of companies in various areas and disciplines of media and communications. Since its founding, the group has been able to conceptualize and implement communication campaigns that have been recognized by both local and international award-giving bodies.

The group recently received 2 metals at the prestigious Gold Standard Awards by the Public Affairs Asia and 1 metal at the Golden Flag Awards by the ASEAN PR Network.