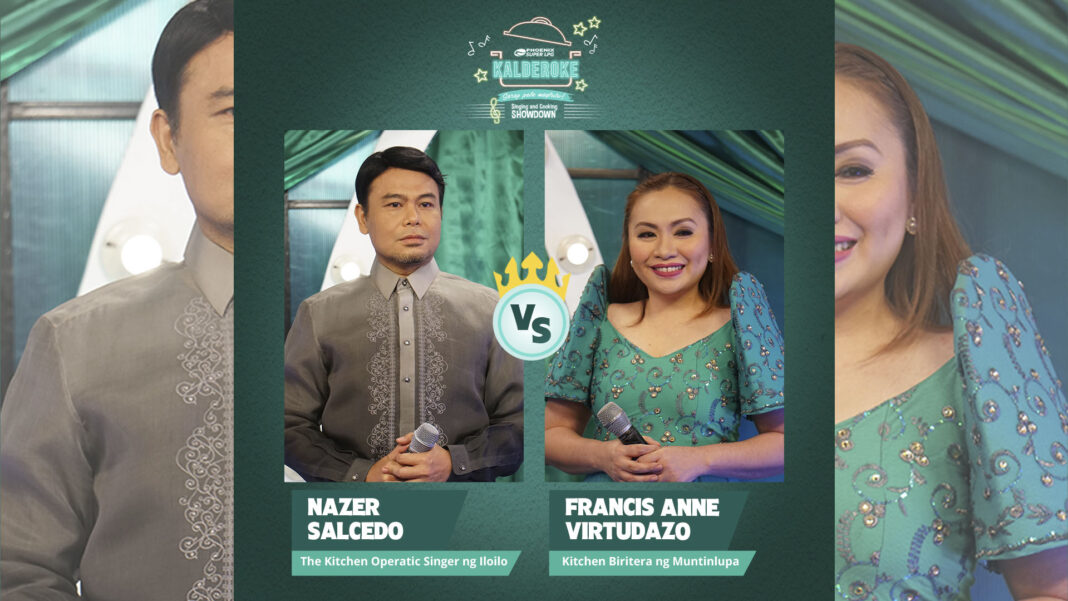 The awaited two-part grand finale of the Phoenix SUPER LPG Kalderoke competition is happening starting this weekend, February 20 and 27 on the Kapamilya Channel, featuring the country’s top two singing cooks who have bested 14 other contenders.

Grand finalists Nazer Salcedo and Princess Virtudazo will compete in a three-round battle for the Php 100,000 cash prize. The grand finals competition will feature a duet round for a rice dish, a round for cooking their opponent’s recipe, and a cook-off for the crown with their best song and recipe.

“We are very excited to finally crown the winner of Kalderoke after the exciting weekly singing and cooking battles among our talented singing cooks nationwide. This competition not only showcased the Filipinos’ love for both singing and cooking, but also promoted how cooking can be a fun activity that everyone can enjoy and safely do, especially nowadays when most of us stay home longer,” Phoenix’s Integrated Marketing and Strategies Vice President Celina Matias said. “Both singing and cooking can mean so much to different people as our two finalists have shown,” she added.

Salcedo, a vegetarian and classical singer from Iloilo City, is one of the top tenor singers in the Philippines. Kalderoke became his avenue to overcome his depression as it allowed him to do two of his most favorite activities–singing and cooking. Virtudazo, on the other hand, is a cancer survivor and kundiman singer from Metro Manila. She was the 2015 champion in the Opera Division, and a gold medalist for the Broadway and Open Categories of the World Championship of Performing Arts.

The two performers will face off to impress Popstar Royalty and Phoenix SUPER LPG brand ambassadress Sarah Geronimo who will be the special judge during the grand finals. She will be joined by celebrity chef Rolando ‘Chef Lau’ Laudico; actress, comedian, and singer Tuesday Vargas; Star Music composer and songwriter Jonathan Manalo; and Phoenix’s Integrated Marketing and Strategies Vice President Celina Matias.

“We would like to thank the contestants and our viewers for supporting Kalderoke, a successful collaboration between Phoenix SUPER LPG and ABS-CBN Foundation, Inc. Aside from providing entertainment, amazing cooking recipes and tips, it gave Filipino families another weekend habit while staying safe at home. We hope that we have inspired and encouraged our Kapamilyas in showcasing their talents, and for them to continue finding joy in singing and cooking. Truly, ‘Sarap Pala Magluto’,” ABS-CBN Lingkod Kapamilya Foundation Inc. Marketing & Donor Relations Head Paul Vincent Mercado said.

The finale will be hosted by comedian Wacky Kiray and the ‘Crystal Voice of Asia’ singer Sheryn Regis. After the grand finals, a season finale episode will air on March 6 with special performances and more surprises for the viewers.

Launched in July 2020 and co-created by ABS-CBN Foundation, Phoenix SUPER LPG Kalderoke was launched as part of the brand’s ‘Sarap Pala Magluto’ campaign, which aims to remind the public that cooking is an enjoyable task rather than a chore. The Filipinos’ affinity for food and for videoke parties are the rationale behind the competition.